It’s been 28 hours since it happened. Since my partner decided to go Paleo.

It happened too fast for me to realise what was going on. One minute he was sitting down to our traditional Sunday roast – Hell Pizza and Powerade- the next he was slapping sandwiches out of my hands and yelling ‘Pete Evans is a GOD!’.

There’s only room for one restrictive diet in this household, and it’s mine. I’ve been vegan for over six years, I think we’ve firmly established that I hold the title as most awkward person at the restaurant, owner of the animal friendly eco friendly sustainable compostable ergonomic bamboo toothbrush, and shunner of bacon butties.

Friends won with this salad, at least three.

I was ok with this whole diet change until it started to affect me. We were out for a walk, and he had taken my bag of vegan jelly beans out of the car. I thought he was going to eat them; which I was ok with because sharing is caring, and you need jellybeans when you’re running for a little bit of energy. But it was much, much worse than that. He THREW my jelly beans in to a rubbish bin. A PUBLIC rubbish bin (seven second rule does not count in there). WHAT THE HELL!? I would have gone in to retrieve them had there not been a suspiciously urine-coloured pillow in there too, I just had to walkrun away and remove myself from that horrible scenario.

‘Why did you throw away my jellybeans?!’

‘Why were you just eating cancer Amanda, CANCER. That’s the old us, the new us would never eat that.’

He says he’s doing it because he cares. I think he just wants to punish me. Retribution for five years of living as an omnivore with a vegan. He survived the 6am pre-run raw smoothie stage, he pulled through the raw-food-only month in the middle of a Wellington winter. He held his tongue through many a failed fettuccine and vegan-ised Italian dish, and he has stayed.

I’m hitting reverse now with ‘sharing is caring’, after five years of dairy-free dining I am not about to let someone else in on my CoYo (Coconut yoghurt) and my dairy-free ice cream stash. I saw him eyeing it in the freezer, with his cave man drool. I pelted him with sugar cubes until he retreated and left it alone. Now I’ll have to eat all my treats in one sitting or I may not get any, thanks Paleo. 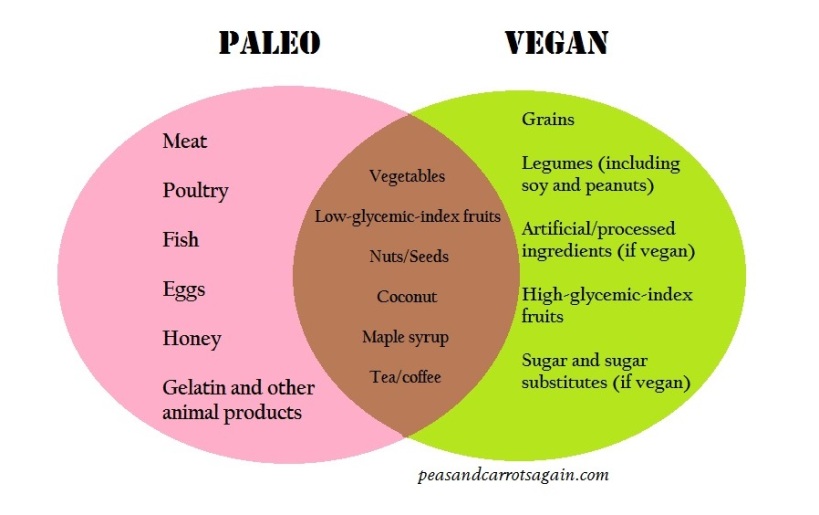 Oh wow, so many things we could eat together! Like parsnips!

I don’t think we could ever eat out at restaurants again with one of us Vegan and the other Paleo, the chefs would hate us. That being said, I would take great joy in taking the newbie Paleo to a vegan restaurant full of soy products and seeing him scan the menu before saying with a woeful downcast look, ‘I’ll just have the salad thanks’. Ha.

I think I could show a little more patience with the Paleo ‘thing’. I don’t think I realised how hard it can be when someone changes their diet, and how much you have to learn to accommodate them and their new eating habits. I am trying to put things in perspective by putting myself in his shoes, what if he was as unsupportive as I am with this diet change?

I ignored your dietary requirements and made a delightful fresh basil pasta for tea, oh well, if you’re hungry you’ll eat it!

I ignored your dietary requirements and made a delightful fresh basil piglet for tea, oh well, if you’re hungry you’ll eat it!

My strategy from here is to buy all of his favourite dairy laden foods for an entire week and try to drive out the Paleo demons with Holy Cow water. I’ve been pouring chocolate milkshakes and discarded single-use kitchen appliances on the front doorstep to mark our territory ‘No Palaeolithic things in here thanks’.

I would talk about being vegan and running a lot and my diet but I’m too sugar deprived to think right now, I just want my jellybeans back 😦 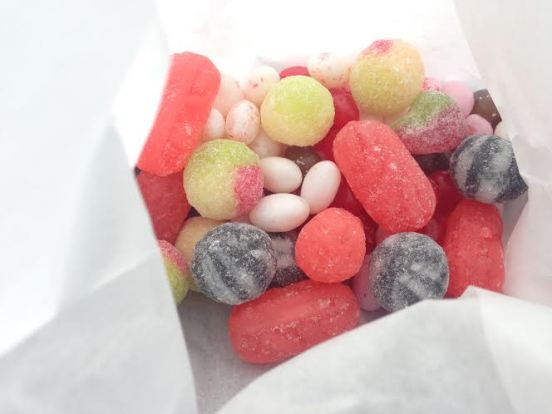