Sa Pa is in Northern Vietnam in Láo Cai, the highest mountain in Vietnam is here – Fansipan at 3143m. It is also the location of the Vietnam Mountain Marathon, which from my research is perhaps the only trail race in Vietnam (yet!).

We caught a sleeper bus to Sa Pa from Hanoi, named ‘sleeper’ for the reclining seats that should make it easier to sleep. Not conducive to sleep for the constant tooting, the smoking bus driver, the not-properly-washed backpackers and the 36 degree temperatures. With the aid of snapchat and sleeping pills we made it to Sa Pa at 6am on what day I don’t really care to remember and checked in to a hotel with a view of the mountains.

View from the hotel

I used Strava to search segments nearby and could see where other people had run here, this was a huge help! I Scootered down to the Sa Pa Athletics Track which was busy with several soccer games happening and had a crack at a speed session.

I wanted to do 1km repeats but dropped it down to 500m because I’m on holiday and its 28 degrees AND Sa Pa is at about 1500m elevation. Three excuses is enough without adding that it was my Birthday that day and I should be sitting down to one of several cakes. 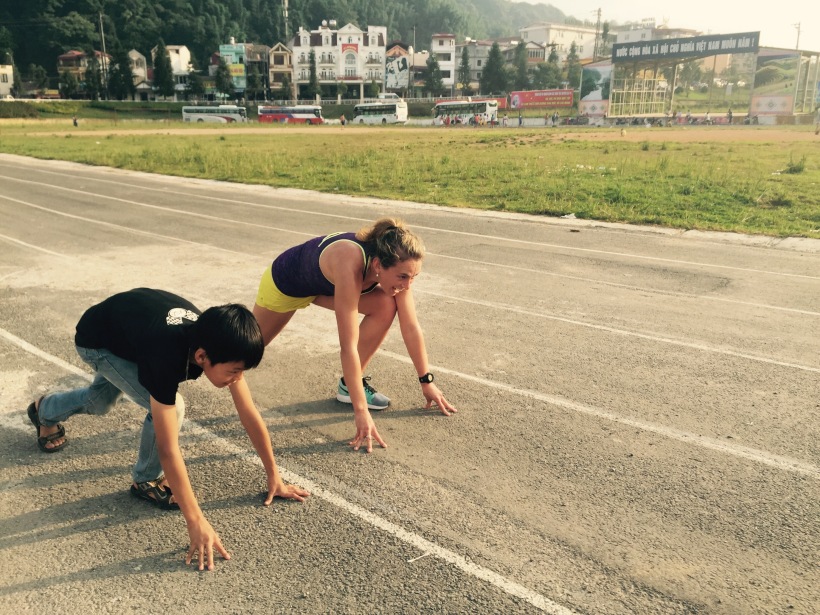 Two local boys chased me around the track, they could run better than I could. I managed to run in to (or over?) a small child in the last hundred metres of my fourth rep and he flew across a couple of lanes and rolled in to the dirt. I picked him up off the ground and he looked like he was about to cry. Everyone was staring at me mutely while the boy sulked and I felt like a monster so I called it a day and ran away from the scene, at pace.

I did one short trail run in Sa Pa, there is an unmarked road of sorts just near the Athletics Track. The road starts out as the kind you could drive a car down then turns in to a goat track, with little brown and black goats on it, that isn’t a figure of speech. 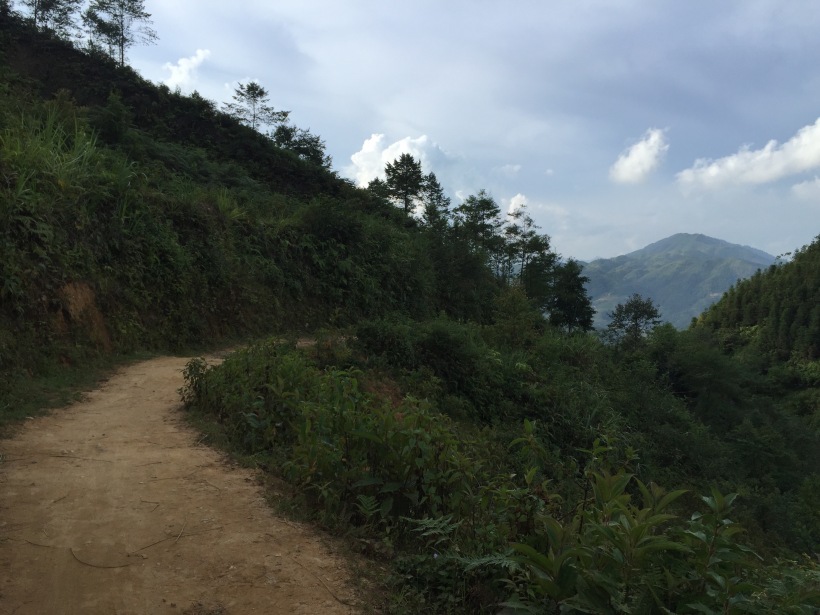 I got quite lost on this run but it was so much fun! People will wave you back towards the road if you make the right confused expressions at them. Enough chat just look at some of the photos I took on my run. the inevitable ruin of the pretty Zoom Pegasus

I will be back to run in Sa Pa, with more research on where to run, more time, less food poisoning and perhaps coming at another time of year as July and August are the hottest months here.

One thought on “Running in Vietnam- Sa Pa”