Tyres pumped up, lights fully charged, kit laid out, snacks ready, alarm set. I was pretty excited about doing a hill session with the HCR group early on Thursday. Riding with friends as the sun is coming up is such a great way to start the day. 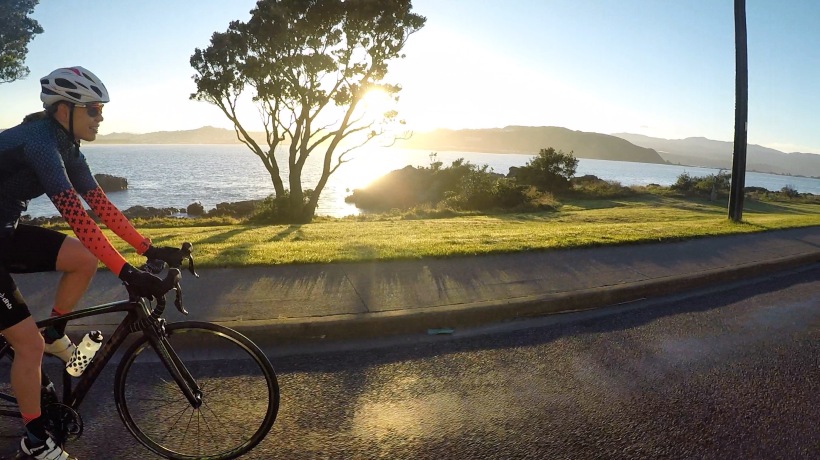 Then I got out of the wrong side of the bed…

Thankfully this was at 11.30pm, so I just got back in. I got back out on the right side at 1am. 3am came around, woops, wrong side! Better try again. 4.15am, woohoo! Right side, but a couple of hours too early. Better get back in!

As much as you can prepare to make sure you fit in some exercise, there are some things that you can’t help. Things like your baby waking up 7 times in the night; the four month sleep regression is a real thing. 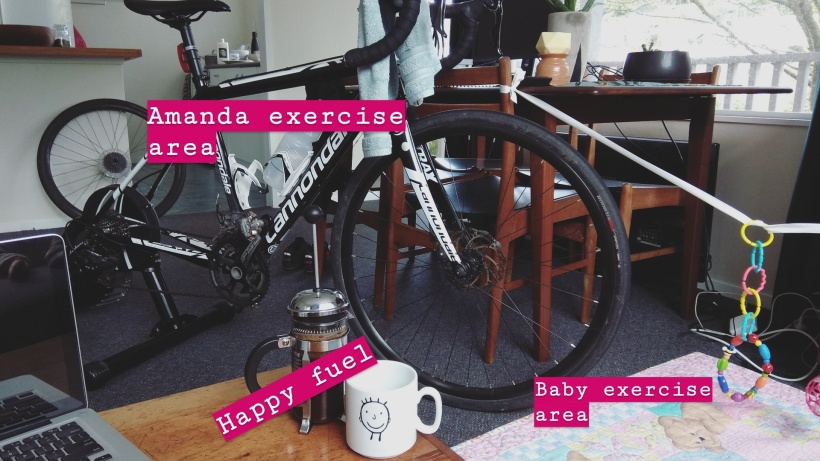 The alternative to my hill session.

I haven’t been feeling very enthusiastic about exercising the past few weeks. The usual tactics I use to motivate myself just aren’t working for me.

In the past I would be thinking about a goal, and each session would be a step towards completing it. Right now I am a bit aimless with my running because I don’t have any goals to work towards. This is largely because I don’t want to put the pressure on myself or on my body to train hard.

Just run for the fun of it then! Well. The only times I can run are early morning or late in the evening. Often it is a run in the dark, and I’m on a short leash- limited to the extremely hilly neighbourhood streets. The running is almost always done alone. Where is the fun in that?

All charged up and nowhere to run

My fitness and health have been a priority for me since 2009 when the price of Southern Gold increased from five bucks for a six pack and I realised that the cost of partying wasn’t just hurting my wallet.

It’s hard to make it a priority when you have another human to look after that needs to be fed, clothed, cleaned and now, entertained!

Last Sunday I should have done a long ride to train for the 160km cycling race (gulp, nervous fart) that I am doing in November. Three hours or more on the bike by myself was not appealing. I would rather spend time with my family and do something relaxing with them; go for a walk, have coffee, eat cookies, blow spit bubbles and do some out of control arm and leg flailing on the floor with no pants on.

I was happy that I chose family time, but felt a little bad that I was lacking in motivation to train for the big event I had committed to. The more I thought about it, I realised that I was motivated. Looking back at what I did that week, I still did two sessions on my wind trainer, I ran four times, I did rehab work and I walked with the buggy.

That doesn’t say ‘not motivated’ that says that my priorities have changed and I’m giving time to the things that are important to me.

I did have a win recently when I ran pretty close to my race handicap time of 32 minutes for 8km at my club’s Tanadees cup club race. I was a bit disappointed to go 26 seconds over the time then I realised how ridiculous I was being. I am proud of this run! I am only running 30km a week and have had such a long break from running. That can only mean good things ahead right? 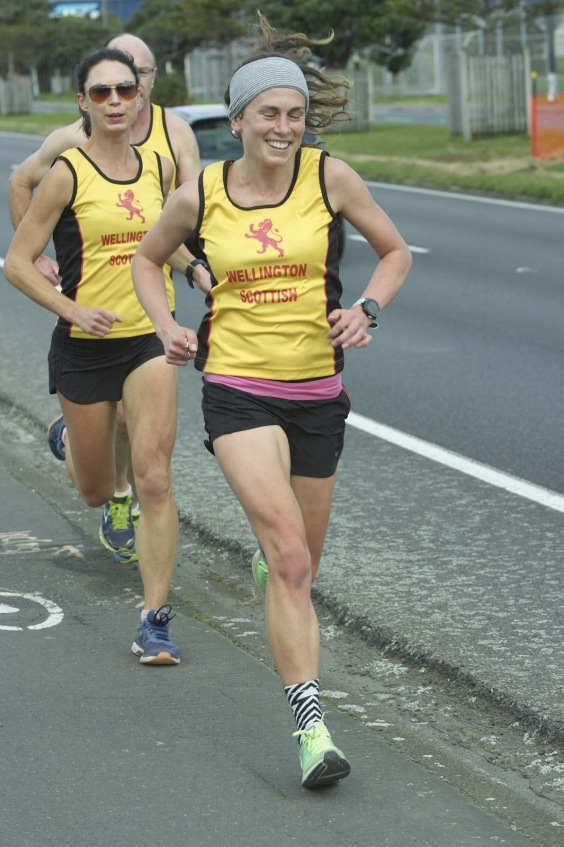 I did a three hour ride last month and I am hoping to do a couple of five hour rides in the lead up to my event but since E no longer takes a bottle this is going to involve a few loops that stop off at my house to make sure I can feed her. Hopefully she is keen on the bottle by the time the event comes around, if not I will find a way to work around it.

I’m not going to worry about ride logistics and possible baby challenges right now, because it’s bound to change and worrying won’t get me anywhere. I’m also not going to compare myself to pre-baby me because that is pointless too, ‘Comparison is the thief of joy unless you just got a Strava CR’ 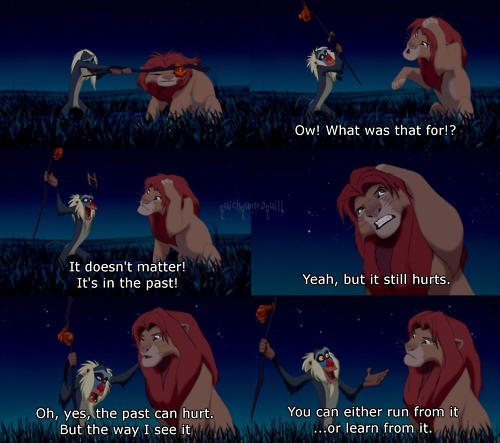