Hôi An is a lot smaller than Hanoi with a population of 120,000 it’s about the size of Dunedin. Hanoi had 7 million people and about 5 million god dam scooters so arriving in the relative peace of Hôi An gave me the opportunity to re-prioritise; to stop eating three ice creams a day and start doing some training.

The day after we arrived it was raining and not so hot so I went for my ‘long run’ out to the beach, Ben was in tow riding a faded green bicycle named Martin (Said in a Spanish accent) who protested the entire way. 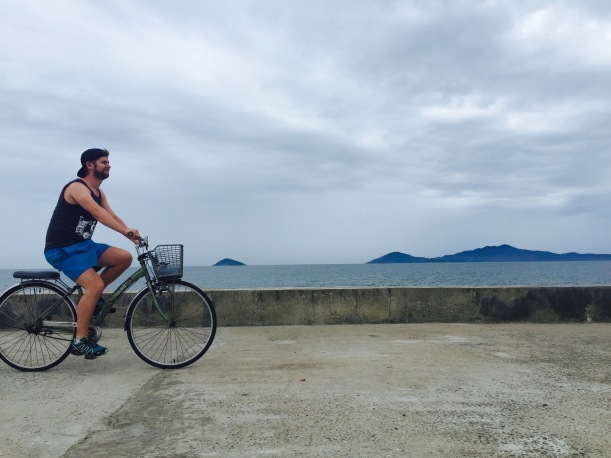 It was a lot easier to run here without battling crowds, scooters, rickshaws, the pungent leaky bum-like smell of durian mixed with authentic human poo and wee and a heavy helping of trash and exhaust fumes like you have to in Hanoi. In Hôi An you can run along the canals or near the beach, the main roads are well use to cyclists ambling along so a runner is not a problem! It’s very flat here which can get boring, but when its 28-35 degrees I doubt that I would have enjoyed hills very much. 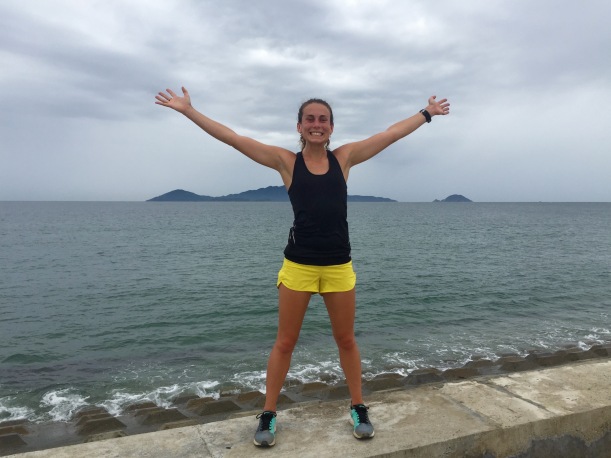 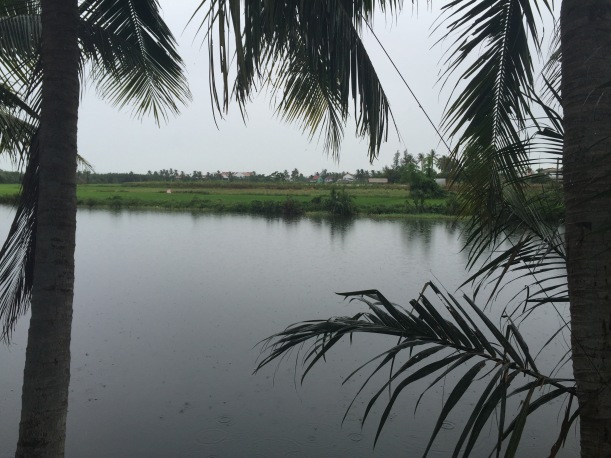 I loved running alongside the fields here, this is why!

Two little dogs followed us along most of this path, aside from the trash it’s pretty idyllic

I attempted a speed session at the hotel on the treadmill. She’ll be right, no air con no worries. What a fool. I managed 5x 1km repeats at a 4.29min/km pace and I was struggling to hit that! Pooh pooh. Struggling so much my iPhone got carried away playing Daft Punk trying to haul my ass faster and faster and hit the deck and flew out into the gym equipment across the room. Struggling so much that there was not a dry place on my whole body, I have never been so sweaty in my life (This was true at that point, it got worse later). 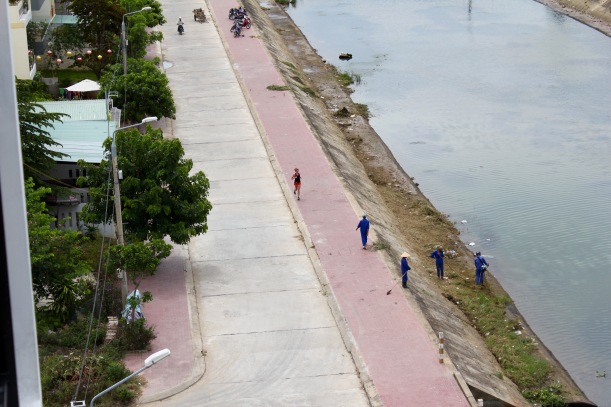 Look closely see if you can spot me! CLUE- I’m wearing a conical hat

I managed one 20km run here, I stopped around every 5km with my scooter support vehicle for water and had a gel at about 16km which gave me a huge boost otherwise I would have jumped on the back of the scooter for a ride home. I was sweating so much that my shorts were constantly dripping on to the back of my calves, have you ever felt that? No? Oh it’s lovely you should try it. 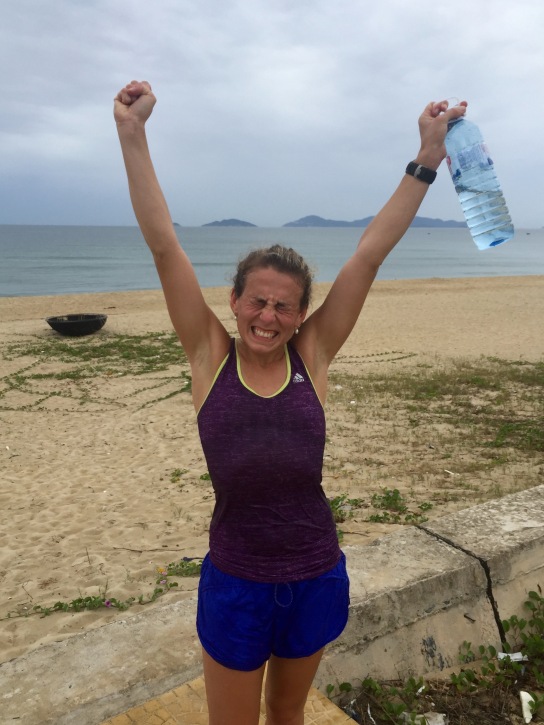 We went to Ho Chi Minh City (Saigon) after leaving Hoi An. I’ll call it HCMC because that is more insta-friendly and acronyms make you look like you know things. I got up at 5am to join the Run Club VN running group on a 15km run. I got utterly lost on the way there but thankfully as it’s daylight at 5.15 there are heaps of people to help with directions! I ran with a local Architect named Hung and an expat Swede named Chris. With their help we got lost again and I got to learn from locals about HCMC and what it’s like to run here. 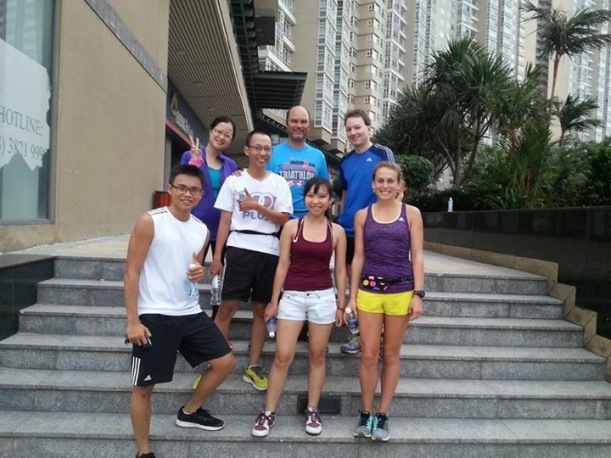 We just met each other, lead me in to the depths of Saigon and across a motorway in peak traffic after escaping from a stray dog, it will be fun!

Running in Vietnam has made me realise that while holidays in hot places are nice, running in hot places is a bad time. I would much rather run where humans don’t like to go, where it’s too cold, too windy and too steep. Where you won’t hear the sound of another person much less the commuting of tens of thousands. I really appreciate how clean the air is in New Zealand, and that to get soaked on a run you need to jump in to a body of water and can’t rely on litres of your own perspiration for that ‘just showered’ look. I am really looking forward to cold weather running; mistaking my nipples for wine gums, being sprayed by huge grey surf, having numb fingers and a numb arse and only smelling something even mildly fecal when being crop dusted on a pack run.