The course is crap! It sucks! Hilly, out and back out and back, just a 2km loop. IN WAINUI! They have like, NO decent cafes in Wainui.

The Wellington Road running champs are held on a back road in the back of the back of nowhere every year in mid-August. This is an Athletics NZ race between the local clubs, and unlike Round The Bays or the Wellington Marathon this 10km race is small but it is fierce and the competition is a lot tougher.

Having just spent a month on holiday, then a few weeks just not training properly I had low expectations for this race. I bought myself a very large donut from Flight Coffee on my way out to Wainui and  I promised myself that if I came in the top five that I could eat the donut. It was almost the size of my hand, iced with chocolate on one side and icing on the other. It smelled good, it looked good, and I needed to earn it.

I warmed up for the race, realised I’d forgotten my timing chip among other things so rectified that and jogged over to the start line, putting myself next to Michelle Van Looy who had hickies all over her back, it was her anniversary she explained (It was needling :P).

The race started and Nicole Mitchell went off to run a solo race while seven or eight of us formed a little pod of 40-41 minute dolphins and chased and paced and ‘eeeeahahahehed’ each other up and down the course. The first kilometre is slightly uphill, then you go back down, so it’s a good 15 seconds difference in each lap for most people. 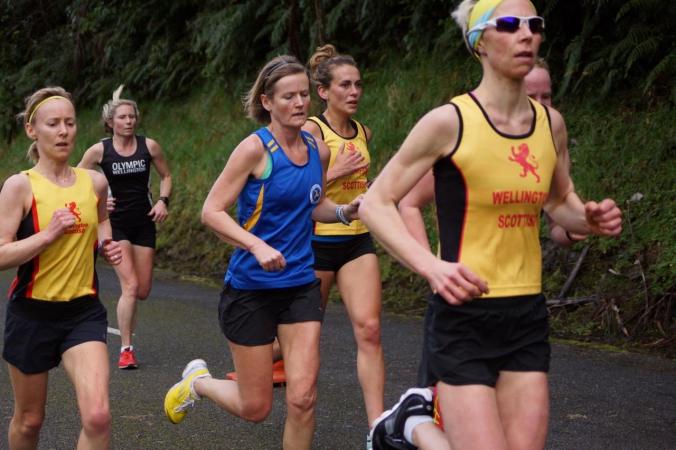 It’s a great course in that you can see exactly what place you are and wave at the leading ladies as you try not to get lapped by them. You can see who is strong on the up and down hill sections and bank this to use in the final lap. It’s also great for spectators who yell little bits of advice as you come past ‘Stay on them, speed up, don’t let her go’.

The dolphins started to drift apart around 6km in and I, being a social dolphin, stayed with the little pack because there is safety in numbers and I always worry about blowing up and not being able to finish. 1500m from the end I thought to myself, ‘This is a race Amanda, why are you being conservative, just race it!’ So I ran a little bit harder, managed to get ahead of the pod and move up four or so placings, I locked eyes on Lindsay who is the least donut-looking person I know but in that moment she became the target, the goal, the delicious baked good with two kinds of glazed icing rolling down the road in front of me. I managed to come in to finish in 5th place by only one second. The donut was mine. 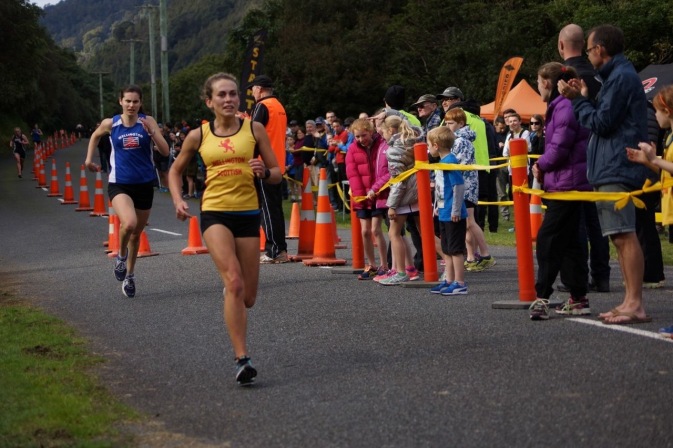 Andrea thinks I’m a donut too

I improved my time ever so slightly from my last 10km race and ran 40.49 so panted and stumbled around the finish line telling anyone who would listen, limping slightly, and grinning about the baking I was going to eat. Full results are here! 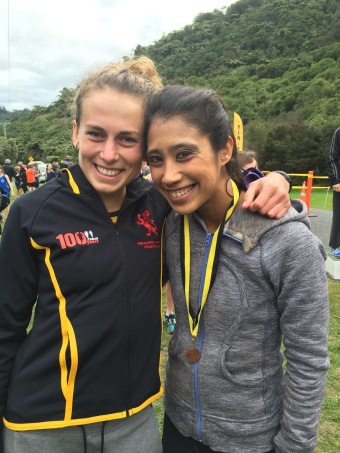 We stayed on to watch the men’s race, but they ran too fast for me to know what was going on or who was who except at the end when I thought Nick Horspool was smiling cheerfully as he went down the finishing chute to take the win. When I look back at the photos it was a bit of an Anthony Hopkins in the Shining smile rather than a happy smile. This tells me that we all do look super atheltic and awesome and happy when we run (in real life) and it’s just the photos that make everyone look murderous.