Many people on the internets will tell you that the first trimester is terrible, the worst. They say that you will feel, and I quote, ‘fresh and full of energy‘ in trimester number two and that the third will be pretty terrible again.

In my experience, it gets better and better towards the end, this is why. 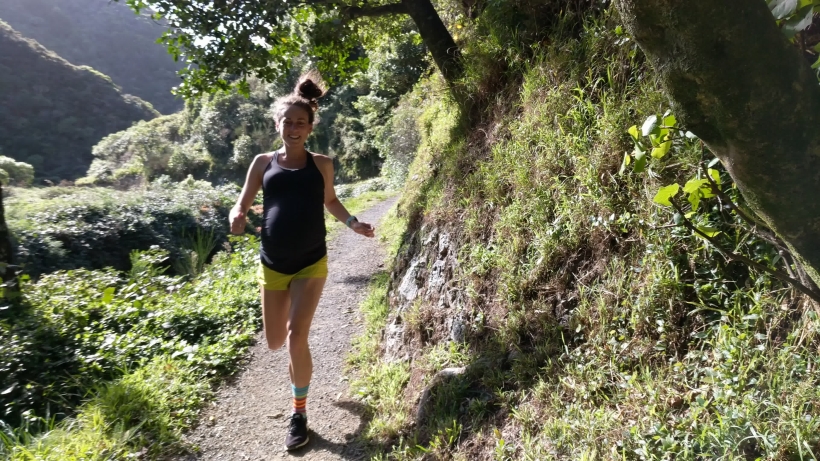 As soon as I hit the third trimester I slowed down my exercise a lot, I started to swim more and counted my walking commute to work and back as exercise. Walking never use to tire me out but the fatigue was really noticeable in the last few weeks of carrying around a basketball.

I had expected to slow down, and it made me appreciate and value every single time I got out for a walk, run, swim or bike ride. Everything felt like a win and a huge achievement. I knew that it wasn’t much longer that I would be carrying around the basketball so I took time to appreciate being pregnant.

I tried to get to the pool regularly and eventually managed to get to the point where I could swim a kilometre. The last time I went swimming was when I had a stress fracture in my pelvis, it was hard. This time was a little easier and I felt a bit more at home having friends to swim with and Dougal the swim coach there smiling on the sidelines.

Training for the Third Trimester 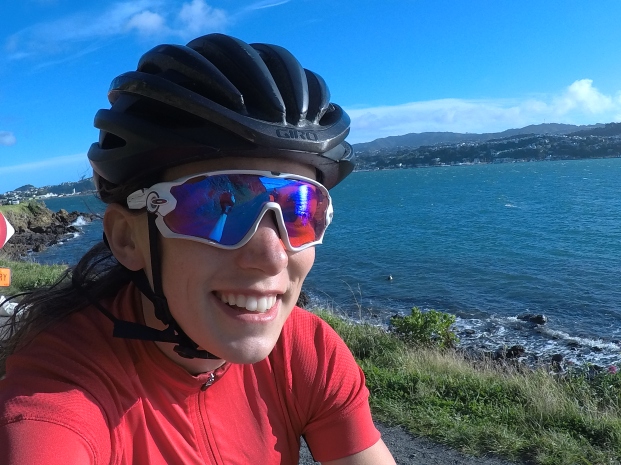 My last ride, probably shouldn’t do one-handed selfies 38 weeks preggo on a bike

I won a race! Behold my glorious shiny trophy!

The victors returned with the silver trophy held high above their heads, and drank non-alcoholic caffeine free beverages with a low risk of listeria from it’s depths into the wee hours of the morning

It was won by the only means I could possibly win, on handicap. Apparently I owe the handicapper a beer but that has nothing to do with me beating my handicap time…

In the 5km race with my club Scottish Harriers I lined up to start right at the front of the pack with everyone else, then realised that I wasn’t quite in 18:30 shape and retreated to the back of the herd.  I walked and ran the first few kilometres then picked up the pace in the final km, it felt so great to run fast again! I ran 27:45 at 34 weeks pregnant.

We went on so many adventures, and each new place we went I would think about how cool it would be when we could come back with the tiny human and show it all to her for the first time.

Riding down Ngaio Gorge 33 weeks pregnant and thinking that I had broken the seat on my bike. Reaching down to see what was wrong, I realised that it was just the feeling of my gut resting on the bike seat. I avoided using my low bars after this!

Nothing was really too bad in trimester #3, although I did get to the point where I said very loudly, over a roast dinner that I was so damn sick of being pregnant. I could barely reach the plate over my protruding stomach, I felt tired and sore and just fed up with being big.

The baby must have been listening to me whine, and two hours later labour started.

I’m really looking forward to returning to running and riding once I get more familiar with my new job, my new body and all the fabulous new running gear I plan on buying because my chest doesn’t fit into the old stuff.